The latest “Trump Deathwatch” began on Tuesday, August 21, 2018. It began in a courtroom in Alexandria, Virginia, when Paul Manafort, sleazebag beltway operator and former chairman of Trump’s campaign, was pronounced guilty by a jury of his peers on ten counts of various types of fraud — tax fraud, bank fraud, and failure to disclose thirty-one foreign bank accounts which he was using for the purposes of fraud. Or maybe it began in another courtroom, this one miles away in New York City, when, almost at the exact same moment, Michael Cohen, Trump’s ex-lawyer, pleaded guilty to eight unrelated charges of fraud and campaign finance violations, the latter charges stemming from “hush money” paid to two of Trump’s former bimbos.

In any event, whichever came first, it began with these two sleazebag characters, both of whom had been indicted by special counsel Robert Mueller, who is doggedly investigating allegations that the President of the United States is a devious Russian intelligence asset personally planted in the Oval Office by Vladimir Putin, the Russian mob, and a conspiracy of crackerjack “cyber-influencers,” who brainwashed millions of American voters into betraying Hillary Clinton, and the nation, with a bunch of emails and some Facebook posts, and who are even now waging “a chaos campaign to undermine faith in American democracy.”

Mueller, who had previously indicted thirteen Russian “cyber-influencers” who he was certain would never appear in court to laugh derisively in his face, needed to put a “win” on the board, and he needed to do it before the midterm elections. The Resistance® and the corporate media have been desperate for something juicy that they can relentlessly milk for the next ten weeks. They need the Democrats to take the House so they can pretend to try to impeach Trump, or at least subpoena a buttload of folks to appear before a series of congressional hearings that they can drag out all the way to 2020. Naturally, they were hoping Mueller would deliver someone even vaguely connected to their ridiculous, James Bondian “Russiagate” narrative, but Cohen and Manafort were the best he could do, so they went ahead and made the most of it.

Television networks interrupted programming. Most of them did that split-screen thing. News readers broke out their “serious” voices. Legal “experts” were rushed into studios to nod their heads and agree that this was “very serious,” or “extremely serious,” or “potentially extremely serious,” or, in any event, “very, very bad for Trump.” The press, who were still recuperating from the exertion of their synchronized attack on Trump for attacking them for attacking him day after day for the last two years in an only marginally less synchronized manner, instantly went into full Trump attack mode.

The Guardian immediately went to live, moment-by-moment “Trump Deathwatch” coverage. Their opinionists started pumping out pieces proclaiming that “Trump’s reckoning has finally arrived,” and demanding he be impeached before “the cancer on his presidency” metastasizes. The New York Times Editorial Board (which is obviously getting a bit fed up with the riff-raff questioning its journalistic integrity) announced that, starting from that very moment, anyone doubting that Donald Trump is a dirty, rotten, Russian agent is a “fantasist” and a member of his “cult.” CNN began babbling about impeachment, as did the BBC, and more or less every organ of the corporate media. The Washington Post Editorial Board authored a rather lengthy example of the speech that “a presidential president” would deliver in Trump’s circumstances (which she wouldn’t be in), confessing that the Russians have “attacked our democracy,” and that we’re under “ongoing assault” by the Kremlin, and welcoming special counsel Mueller’s further indictments of this “presidential” president’s inner circle of sleazebag operators, dirty tricks specialists, PR hacks, corporate lobbyists, and political consultants (which, of course, this “presidential” president wouldn’t have … well, except for sleazebags like David Brock, secret agent Christopher Steele, Marc Elias, of the law firm Perkins Coie, Jeremy Bash and Philippe Reines, of Beacon Global Strategies, LLC, “a unique Washington consulting firm,” and innumerable other distinguished sleazebags).

By the morning of Saturday, August 25, this latest “Trump Deathwatch” (like those that have preceded it) had been cancelled due to declining ratings. The corporate media started running those features reminding Americans how difficult it is to impeach, or otherwise remove from office, a treasonous Russian intelligence asset who is openly working with Vladimir Putin to destroy America, and Western civilization, and establish a global fascist dictatorship ruled by Putin, Trump, Corbyn, that Italian bozo, and Bashar al-Assad. The corporate media run these features in the wake of every “Trump Deathwatch” episode to taper liberals off the effects of the mindless hysteria they have just finished generating.

Which, in this case, that turned out to be unnecessary, as liberals and other Trump obsessives, who by now are used to having The Resistance® whip them up into these gibbering fits over Russians or Nazis on a regular basis, were already onto the next big story. On the Wednesday after “the worst day of his presidency,” Trump (perhaps on Putin’s orders) had tweeted about “white South African farmers,” which had set off yet another round of global denunciation of racism, white supremacy, Nazis, and so on. Trump, who either is a master manipulator or has the attention span of a chihuahua, or both (and yes, folks, I’m afraid that’s possible), had seen something on the White Genocide Channel that he felt he needed to share with the world (or use to force the corporate media to switch back from the Russia hysteria to the Nazi hysteria they’d been relentlessly flogging until the Manafort conviction and Cohen plea deal allowed them to switch back to the Russia hysteria they’d been relentlessly flogging since the Traitor Summit).

And on and on, and on, it goes … and will continue to go until 2020, unless Trump decides to attack Iran, which I doubt The Resistance® will let him do, because that would get extremely weird, as they would somehow have to simultaneously support another US war of aggression and condemn Trump as Adolf Hitler for starting it. Oh, and also, they would have a hard time explaining why Putin had ordered his stooge in the White House to attack Russia’s ally in the Middle East. So, probably, no attack on Iran.

Which means we are in for another two years of alternating Russia and Nazi hysteria, mostly on a low-intensity basis, with the occasional new segment of “Trump Deathwatch” thrown in. Personally, I’m rooting for the Democrats to take control of the House in the midterms, purely for the sake of entertainment. After calling this ass clown a Russian spy and Literal Hitler for the last two years, they’re going have to at least pretend to impeach him, or else stage a series of internationally-televised neo-McCarthyite congressional hearings to root out the diabolical networks of Putin-Nazis that have infested America, and Britannia, and the rest of the West.

That’s the main thing, after all. Yes, the corporatist ruling classes need to make an example of Trump to dissuade any future billionaire ass clowns from running for high office without their permission, but even more so, they need to put down the “populist” opposition to the spread of global capitalism and the gradual phase-out of national sovereignty that began with Brexit and continued with Trump, so they can transform the smoldering remains of the Earth into one big happy neoliberal market run by supranational corporations and the “democratic governments” they have bought and paid for … which, by that time, folks won’t even notice because we’ll all be shuffling around like zombies staring down into the screens of our phones.

Damn, I think I may have gone and opened a rather enormous can of leftist worms right at the end of this essay by mentioning the “national sovereignty” thing. So, leftists, please ignore the previous paragraph. National sovereignty is the same as nationalism. Nationalism is very, very bad. Internationalism is good. Internationalist socialism is what we all want. Okay, admittedly, the forces of internationalist socialism appear to be … well, somewhat marginal at the moment (or possibly virtually non-existent), but that’s not a problem, because the global capitalists will be happy to internationalize everything for us, and to do away with all those nasty nationalists, and that national government-subsidized healthcare and university education and all that stuff.

So let’s forget that I mentioned national sovereignty, because that’s all Putinist Trumpism, and so on. There’s absolutely no reason at all for leftists to discuss that subject, or to view it in any kind of larger historical or geopolitical context or anything. Once the global corporate empire finishes their Privatization of Everything, I’m sure they will be open to considering socialism. They’ll probably even let us vote on it. By then, they will have cleansed the Internet of all the discord-sowing Putin-Nazis, so there won’t be any danger of being “influenced” to vote the wrong way or anything.

In the meantime, don’t forget to do your part in the War on Trump, Putin, Assad, Corbyn, and whoever else the corporate media tell us we’re at war against. Forget about global capitalism. Keep obsessing about Donald Trump. And if you get tired of obsessing about Donald Trump, you can always call Corbyn an anti-Semite, or accuse Glenn Greenwald of working for Putin … or, if you’ve got some free time and want to get creative, compile a Directory of International Assadists, or some other paranoid pseudo-blacklist. Every little contribution counts! 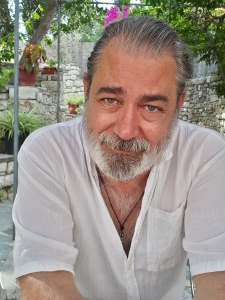 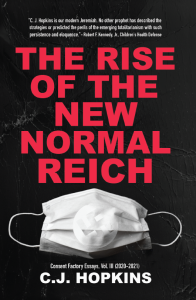 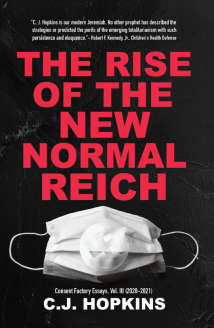 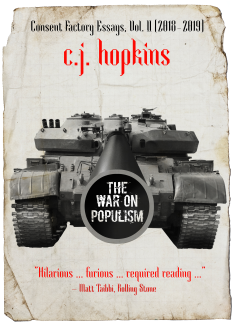 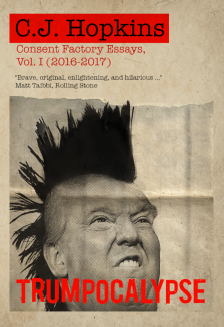 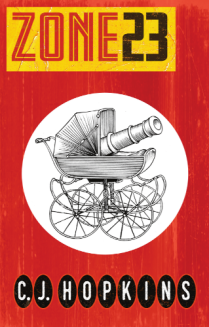 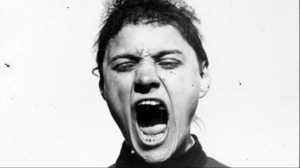 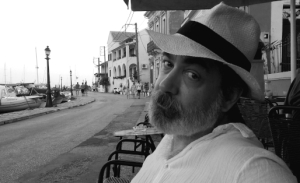 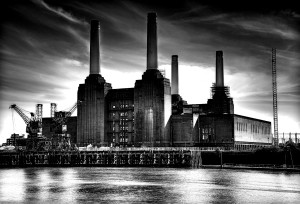