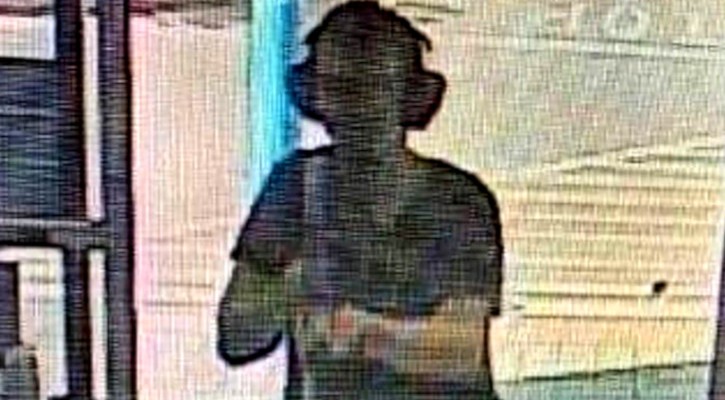 If you enjoyed the global corporatocracy’s original War on Islamicist Terror, you’re going to love their latest spinoff, The War on White Supremacist Terror. It’s basically just like the old War on Terror, except that this time the bad guys are all white supremacists, and Donald Trump is Osama bin Laden … unless Putin is Osama bin Laden. OK, I’m not quite sure who’s Osama bin Laden. Whatever. The point is, the Terrorists are coming!

Yes, that’s right, some racist psycho murdered a bunch of people in Texas, so it’s time to “take the gloves off” again, pass some new kind of Patriot Act, further curtail our civil liberties, and generally whip the public up into a mass hysteria over “white supremacist terrorism.”

The New York Times Editorial Board is already hard at work on that front. In a lengthy op-ed that ran last Sunday, “We Have a White Nationalist Terrorist Problem,” the Board proposes that we would all be safer if the government — but presumably not the current government — could arbitrarily deem people “terrorists,” or “potential terrorists,” or “terrorist sympathizers,” regardless of whether they have any connection to any actual terrorist groups, and … well, here’s what the Editorial Board has in mind.

“The resources of the American government and its international allies would mobilize without delay. The awesome power of the state would work tirelessly to deny future terrorists access to weaponry, money and forums to spread their ideology. The movement would be infiltrated by spies and informants. Its financiers would face sanctions. Places of congregation would be surveilled. Those who gave aid or comfort to terrorists would be prosecuted.”

The Board didn’t mention the offshore gulags, wars of aggression, assassinations, torture, mass surveillance of virtually everyone, and other such features of the original War on Terror, but presumably all that kind of stuff would be included in “the awesome power of the state” that the Board would like the U.S. government to “mobilize without delay.”

And the mandarins of The New York Times were just getting started with the terrorism hysteria. The Tuesday edition was brimming with references to “white supremacy” and “domestic terrorism.” Here are some of the front page headlines … “Trump is a White Supremacist Who Inspires Terrorism.” “White Terrorism Shows Parallels to Islamic State.” “The Nihilist in Chief: how our president and our mass shooters are connected to the same dark psychic forces.” “I Spent 25 Years Fighting Jihadis. White Supremacists Aren’t So Different.” “Trump, Tax Cuts, and Terrorism.“ And so on.

The Times was hardly alone, of course. In the wake of the El Paso and Dayton shootings, the corporate media went into overdrive, pumping out “white supremacist terrorism” mass hysteria around the clock. The Guardian took a break from smearing Jeremy Corbyn as an anti-Semite to proclaim that El Paso was “Trump-inspired Terrorism.” The Sydney Morning Herald declared that the U.S. is now officially in the throes of a “white nationalist terrorism crisis.“ The Atlantic likened Trump to Anwar al-Awlaki, and assured us that “the worst is yet to come!“ Liberal journalists and politicians rushed onto Twitter to inform their followers that a global conspiracy of white supremacist terrorists “emboldened” or “inspired” by Donald Trump (who, remember, is a Russian secret agent) is threatening the very fabric of democracy, so it’s time to take some extraordinary measures!

Never mind that it turns out that two of the three “white supremacist terrorist” mass murderers in question (i.e., the Gilroy, El Paso, and Dayton shooters) do not appear to have been white supremacists, and that none of them were linked to any terrorist groups. We’re living in the Age of Non-Terrorist Terrorism, in which anyone can be deemed a “terrorist,” or a “suddenly self-radicalized terrorist,” regardless of whether they have any actual connection to organized terrorism.

Terrorism isn’t what used to be. Back in the day (i.e, the 1970s), there were terrorist groups like the PFLP, ANO, BSO, IRA, RAF, FARC, the Weather Underground, and so on … in other words, actual terrorist groups, committing acts of actual terrorism. More recently, there was al Qaeda and ISIS. Nowadays, however, more or less any attention-seeking sociopath with a death wish and a knock-off AR-15 (or moron with a bunch of non-exploding pipe bombs) can be deemed a bona fide “domestic terrorist,” as long as it serves the global capitalist ruling classes’ official narrative.

The official narrative of the moment is Democracy versus The Putin-Nazis (also known as The War on Populism), which I’ve been covering in these columns, satirically and more seriously, for the better part of the last three years. According to this official narrative, “democracy is under attack” by a conspiracy of Russians and neo-Nazis that magically materialized out of thin air during the Summer of 2016, right around the time Trump won the nomination. OK, the Russia part kind of sputtered out recently, so the global capitalist ruling classes and their mouthpieces in the corporate media are now going full-bore on the fascism hysteria. They’ve been doing this relentlessly since Trump won the election, alternating between the Russia hysteria and the fascism hysteria from week to week, day to day, sometimes hour to hour, depending on which one is “hot” at the moment.

These recent mass shootings have provided them with a golden opportunity, not just to flog the fascism hysteria once again, but to fold it into the terrorism hysteria which Americans have been indoctrinated with since September 11, 2001 (the objective of which indoctrination being to establish in the American psyche “the Terrorist” as the new official enemy, replacing the “Communist” official enemy that had filled this role throughout the Cold War). If you think the original War on Terror was just about oil or geopolitical hegemony, check out “leftist” political Twitter’s response to the El Paso and Dayton shootings. You’ll find, not just hysterical liberals, but “leftists” and even so-called “anarchists,” shrieking about “white supremacist terrorism.” It was the number one U.S. hashtag on Monday.

No, the original War on Terror (whatever else it was) was probably the most effective fascist psy-op in the history of fascist psy-ops. Fifteen years of relentless exposure to manufactured “terrorism” hysteria has conditioned most Americans (and most Westerners, generally), upon hearing emotional trigger words like “terrorist” and “terrorism” emanating from the mouths of politicians (or the front page of The New York Times) to immediately switch off their critical thinking, and start demanding that the authorities censor the Internet, suspend the U.S. Constitution, and fill the streets with militarized vehicles and special “anti-terror” forces with assault rifles in the “sling-ready” position. This tweet by Geraldo Rivera captures the authoritarian mindset perfectly:

“In the meantime, there must be active-shooter trained, heavily armed security personnel every place innocents are gathered.”

I’m not quite sure what “in the meantime” means. Perhaps it means until the USA, Western Europe, and the rest of the empire, can be transformed into a happy, hate-free, supranational corporate police state where there is no racism, no fascism, no terrorism, and no one ever says bad things on the Internet.

What a glorious, transhuman world that will be, like a living, breathing Benetton ad, once all the racists, terrorists, and extremists have been eliminated, or heavily medicated, or quarantined and reeducated!

Damn, here I am, at the end of my essay, and I almost forget to call Trump a racist. He is, of course. He’s a big fat racist. I should have put that right at the top. I’m already in hot water with my fellow leftists for not doing that enough. Oh, and for the record, in case there are any other kinds of Inquisitors reading this, I also renounce Satan and all his works.

52 thoughts on “The War on White Supremacist Terror”