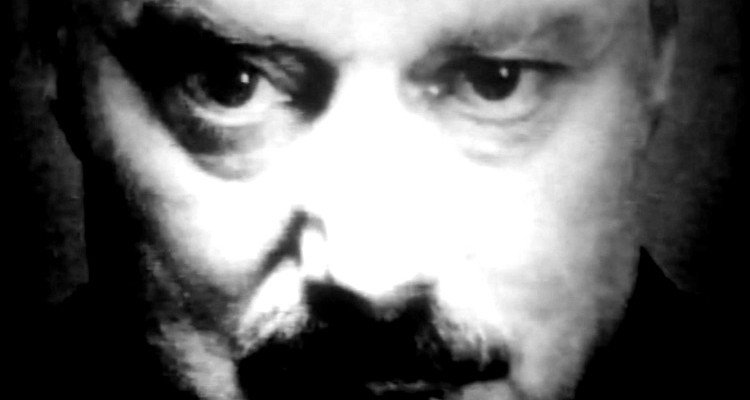 Up until recently, you might have just been going about your normal business, criticizing global capitalism, completely unaware of your anti-Semitic, white supremacist terrorist activities, but from now on there will be no denying them. Your hate thoughts are right there for everyone to read. Go back and check your Facebook posts and your Twitter feed. You’ll see what I mean. All those times when you impulsively lashed out against the global capitalist ruling classes, or globalism, or Obama, or Clinton, or the Wall Street banks, or, God help you, George Soros … well, you might as well have been tweeting blinking neon GIFs of dancing Swastikas or posting Adolf Hitler’s speeches with little throbbing hearts and smiley-face emoticons.

See, according to the “Anti-Fascist Resistance” (i.e, the the Democratic Party, the “intelligence community,” the corporate media, those Wall Street banks, the military industrial complex, and other components of the global capitalist empire that doesn’t actually exist, except as a Nazi “conspiracy theory”), any references you might have made to “globalists,” or “globalism,” or the “corporate media,” or “banks,” or “Hollywood,” or the “1 percent,” or any other “elites,” didn’t really refer to what they referred to, but, in fact, were anti-Semitic “dog whistles.” If you went so far as to literally mention or include an unflattering photo of Soros in any of your posts or tweets, then you weren’t just “whistling” to your fascist dog friends, you were openly calling for a second Holocaust, or “inspiring” some anti-Semitic psycho to senselessly murder a bunch of people, as recently happened at that synagogue in Pittsburgh.

This newly rebranded “Anti-Fascist Resistance” (formerly known as the “Anti-Putin Resistance,” that is, until pre-election polling convinced them that most Americans were not responding to their “Russiagate” propaganda) has been working more or less around the clock to badger the public into believing that this psycho was an official “lone wolf terrorist” (i.e., a “terrorist” who has no affiliation with any actual terrorist organization), and that “America is on the brink of fascism,” and that Trump is “deploying the fascist playbook,” and that attacking the media is “the first step toward fascism,” and that Trump is a fascist because he isn’t a fascist (or something … I couldn’t quite make sense of that one), and, basically, that everyone should be afraid of fascism! Like that scene in Orwell’s 1984 when the Party abruptly switches official enemies in the middle of the Hate Week rally, the “Resistance” is counting on its loyal members to instantly forget the Russia hysteria they have been mindlessly parroting for almost two years, and start mindlessly parroting Fascism hysteria (as they mindlessly parroted the Terrorism hysteria throughout the Global War on Terror, until they switched to parroting the Russia hysteria after Trump got elected in 2016).

This recent rebranding of the neoliberal Resistance was a brilliant move, and is going quite well. It couldn’t have come at a better time, what with the midterm elections about to take place. While liberals were ready to swallow any anti-Trump narrative the corporate media rammed down their throats from the moment Clinton lost, much of the slightly-more-left-leaning Left never bought the Russiagate story. So it’s been tough for slimy beltway operatives like David Brock and other propagandists to unite “the Left” behind the Democratic Party, so they can put down this annoying “populist” insurgency, reinstall some Obama-like puppet, and get back to the business of globalism … no, not worldwide Jewish domination, you Jew-obsessed, neo-Nazi freaks, but, rather, the consolidation of corporate control over what remains of society, the abrogation of national sovereignty, and the establishment of a smiley, happy, multicultural, over-medicated, neo-feudal global capitalist marketplace. This Fascism hysteria is doing the trick!

This is the beauty of the “Putin-Nazi” narrative, which was designed to be a one-two punch. First, they hit us with the “Russiagate” hysteria, which worked like a charm on the kind of liberals who have no qualms about destroying whole countries, murdering hundreds of thousands of people in faraway lands that pose zero threat to us, and debt-enslaving millions of Americans to enrich the global investor classes, as long as someone like Obama is doing it. Then, once all the NPR liberals had been whipped into a hysterical frenzy over “Russian propaganda,” “collusion,” and so on, they hit us with the Fascism hysteria, which is working like a charm on the rest of the Left. (I haven’t seen any official polling, but when the official narrative is being mindlessly parroted, not only by the liberal corporate media, but also by “grassroots” left-wing outlets like Truthout, Democracy Now, and CounterPunch, you know their propaganda is working.)

Not that there aren’t a bunch of racists, anti-Semites, and other bigots out there. Of course there are. There always have been, just as there have always been terrorists out there (or non-state militants, depending on your perspective). Some of these racists and anti-Semites are obviously homicidal lunatics. This is not a new phenomenon. The American white supremacist fringe (and, sorry, but it is still a fringe) has been shooting and bombing innocent people, and otherwise doing their utmost to get their ridiculous “Racial Holy War” going since at least the early 1970s, and arguably since end of the Civil War. They have been doing this without any “emboldenment” from billionaire jackasses like Donald Trump, and they will continue to do this once Trump is gone and this Fascism hysteria has outlived its usefulness … like the War on Terror hysteria did.

If you’re in the mood to live a bit dangerously and want a little preview of what that will be like, switch off your smartphone for a minute, turn off the television, shut down the notebook, and walk out into the city, suburb, town, or gated community you live in. Does it look like the Nazis have taken over? OK, want to live even a little more dangerously? And I’m talking about flirting with serious thoughtcrime. Ask yourself, how many actual terrorists did you encounter during the War on Terror (that is, assuming you didn’t invade their country and start, you know, bombing and shooting at them)? Can you even remember as far back as July, when Oceania was at war with Russia, and Trump (temporarily) wasn’t Hitler, but was a treasonous “Russian intelligence asset,” who was almost certainly going to disband NATO, and a “crippling Russian cyber attack” on vital American infrastructure was imminent?

I doubt it, because that never happened. Oceania has never been at war with Russia. Oceania is at war with Fascism. Oceania has always been at war with Fascism. Donald Trump has always been Hitler. He has never been a Russian intelligence asset. Obama never put children in cages, or assassinated entire families at weddings. Trump’s nativism leads to anti-Semitism. America is not a safe place for Jews. The invasion of Iraq was just a tragic mistake, which will never, ever, happen again. There are no global capitalist elites, and anybody who says there are is an anti-Semite, and a fascistic  thoughtcriminal, and an emboldener of domestic terrorism, which is “a plague America can no longer ignore.” Oh, yeah, and I almost forgot, the Ministry of Plenty has just announced that there will be no reduction of the chocolate ration. The chocolate ration will be increased!

So don’t forget to vote blue tomorrow and help the Party defeat the fascists! Or, if you’re one of the fascists, don’t forget to vote red tomorrow and help the Party save America from that Jewish Mexican zombie horde that is coming to steal your fruit-picking job! And whatever you do, stay tuned to the telescreen, and do not start thinking about global capitalism, or the manufacture of mass hysteria, or put anything into any kind of broader historical or geopolitical context. That kind of thinking leads straight to thoughtcrime … and we all know where thoughtcrime leads.

47 thoughts on “Oceania is at War with Fascism”

Please support CJ Hopkins‘ political satire and punditry via Patreon or PayPal, because we’re certainly not paying him to write this stuff.