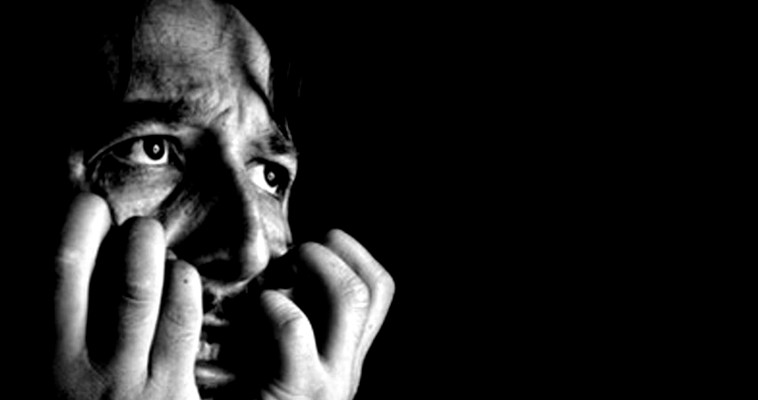 So the global capitalist ruling classes’ War on Dissent is now in full swing. With their new and improved official narrative, “Democracy versus the Putin-Nazis,” successfully implanted in the public consciousness, the corporatocracy have been focusing their efforts on delegitimizing any and all forms of deviation from their utterly absurd and increasingly paranoid version of reality.

The Democratic Party is suing Russia, the Trump campaign, and Wikileaks (seriously … they’ve filed an actual lawsuit in an actual court of law an everything) for launching “an all-out assault on democracy” by publishing the DNC’s emails, “an act of unprecedented treachery,” according to Party Chairman Tom Perez. Wikileaks founder Julian Assange, having already spent the last six years in a room in the Ecuadorian embassy in London to avoid being arrested by the British authorities, extradited to the United States, and imprisoned for the remainder of his natural life, has been cut off from the outside world in order to prevent him from further “interfering” with democracy by expressing his opinions.

In Syria, where the “international community” has been battling the “global terrorist threat” by supporting moderate jihadist militias intent on overthrowing the government and establishing a fundamentalist theocracy, the corporate media have been hard at work sanctifying the official story of the “chemical weapons attack” in Douma. According to this story, Bashar al-Assad, an uncooperative brutal dictator whom the corporatocracy has been trying to replace with a more cooperative brutal dictator, dropped a lot of chlorine gas bombs (and possibly sarin, the deadly nerve agent), onto a house full of innocent babies. He did this on the eve of victory over those moderate jihadist militias the “international community” has been supporting in their eight-year attempt to take over his country, slaughter him and his entire family, mount their severed heads on spikes, implement nationwide Sharia law, and then go out hunting homosexuals and heretics to gruesomely behead on YouTube. The evacuation of these freedom fighters was already being negotiated, but Assad didn’t want to miss his last chance to sadistically gas a lot of women and children and have the Western corporate media broadcast his war crimes throughout the world, or something more or less along those lines.

This gratuitous baby-gassing massacre could not be allowed to go unpunished, so Emmanuel Macron and other senior members of the “international community” hauled Trump in off a golf course somewhere (or wrestled him away from the Gorilla Channel) and ordered him to order a completely pointless one hundred fifty million dollar series of “retaliatory” missile strikes on assorted uninhabited buildings containing zero chemical weapons and of absolutely no strategic value. The corporate media and their paid menagerie of military experts and other talking heads took to the airwaves to celebrate this demonstration of international “resolve,” as did investors in Raytheon, Lockheed Martin, and General Dynamics.

The celebrations were short-lived, however, as the corporate media needed to immediately turn their attention to aggressively countering the malicious disinformation campaign being waged by the infamous International Putin-Nazi Propaganda Network (i.e., anyone capable of critical thinking). Reports by journalists actually in Syria, like Robert Fisk of The Independent, casting doubt on the official story needed to be strenuously ignored, ridiculed, and delegitimized. Fisk, a respected, award-winning journalist who has covered the Middle East for over four decades, had clearly been duped by his Putin-Nazi minders into publishing pro-Assad propaganda. Just as clearly, any actual Syrians contradicting the official story (which the corporate media had scrupulously fact-checked with the US military and intelligence agencies) had been intimidated into doing so by Putin-Nazi-Assadist death squads.

But Fisk and the Syrians are small potatoes compared to the discord-sowing threat posed by the International League of Assad-Loving Twitter Conspiracy Theorists, a decentralized network of “anti-Western,” “pro-Assad,” extremist traitors led by people like Sarah Abdallah, a shadowy figure whose current whereabouts the BBC is still trying to pinpoint (and presumably report to MI6), and Vanessa Beeley, an independent journalist who writes about Syria for an “extreme right” website, speaks to “fringe groups,” and has appeared on RT, which the BBC is at pains to remind us is a “state-owned” media organization.

This nefarious network of dissension-sowers is also responsible for the “4000 percent increase” in Putin-Nazi propaganda in the wake of the Poisoned Porridge Attack that “Russia” carried out in Salisbury in March, in which operatives allegedly smeared the doorknob of a former Russian intelligence officer and his daughter with oatmeal laced with Novichok, “the deadliest nerve agent ever devised,” instead of, well, you know, just shooting the guy, or throwing him out of an upper-floor window. Despite the potency of this lethal nerve agent, which, for some reason, “can only be made in Russia,” both victims are expected to completely recover. Tragically, their cat and guinea pigs, having also managed to survive the attack, were slowly starved to death by the police, presumably out of an abundance of caution.

In any event, according to the diligent, authoritative investigative journalists at The Guardian, following this brazen porridge attack, “automated bots” “based in Russia,” like @Partisangirl and @Ian56789, spread Putin-Nazi disinformation to millions of unknowing Twitter users in an attempt to “undermine the international system” (whatever that’s supposed to mean). As it turns out, @Partisangirl is just a human being and not a robot at all, and @Ian56789 is just a feisty British pensioner who is tired of being routinely lied to by the government and the corporate media … unless, of course, he’s a sleeper agent just posing as a feisty pensioner, which he hasn’t been able to conclusively disprove to the satisfaction of the corporate media. (Watch Ian being interrogated by a Sky News Russian Bot-Hunting Team and judge his loyalties for yourself!)

These are just a few examples of how the global capitalist ruling classes and their mouthpieces in the corporate media have been generating an atmosphere of mindless hysteria and paranoia in the service of drawing “a line in the sand” between neoliberalism (i.e., global capitalism) and any and all forms of dissent therefrom. They’ve been at this, relentlessly, for almost two years now, since they recognized they were being confronted with a bona fide widespread “populist” insurgency against the hegemony of global capitalism, not just in the Greater Middle East, but right in the heart of the Western empire.

I’ve been writing about this since 2016, so I’m not going to try to rehash all that here. The short version is, Western societies are being divided into two opposing camps … two extremely broad ideological camps, both of which encompass the traditional political division into left and right. Let’s call camp number one “the Normals” (i.e., those who support and conform to the values and ideology of global capitalism, regardless of whether they identify as conservatives, liberals, neoliberals, neoconservatives, or anything else). Let’s call camp number two “the Extremists” (i.e., those opposing global capitalism, or not conforming to its ideology, regardless of whether they identify as socialists, communists, anarchists, fascists, anti-fascists, jihadists, or whatever).

While, of course, real political conflict still takes place within each of these two broad camps, the global capitalist ruling classes are less concerned with the “left/right” equation than they are with “Normal/Extremist” equation. This is the battle they are fighting currently. Short some sort of miraculous event, it is a battle they are going to win. They are going to win it by demonizing anyone opposing global capitalism as one or another form of “extremist” … an Islamic terrorist, an Antifa terrorist, a white supremacist, a Black identity extremist, an anti-Semite, a conspiracy theorist, an Assad apologist, a Russian bot, a Putin-Nazi propagandist … or whatever. It doesn’t really matter which labels they use. The point is, anyone not conforming to the global capitalist version of reality is an enemy of all that is normal and good.

In an atmosphere of mass hysteria and paranoia (like the one we’re living in at the moment), the authorities’ narratives do not have to make sense, or stand up to any type of real scrutiny. Their primary purpose is not to deceive, but rather, to demarcate an ideological territory of acceptable belief, expression, and emotion to which “normal” people are expected to conform. Beyond the boundaries of that territory lies the outer darkness of “abnormality” and “extremism,” which no “normal” person wants anything to do with. To avoid being cast into this outer darkness, people will conform to the most absurd and paranoid nonsense you can possibly imagine. The global capitalist ruling classes know this, which is why they don’t care if you disprove their narratives on Twitter or some “disreputable” website they’ve rendered virtually invisible anyway. They are not debating the facts or the truth … they are marking the boundaries of that “normal” territory, and herding frightened people into it.

This article in Haaretz by Alexander Reid Ross, a lecturer at Portland State University who has been publishing (or attempting to publish) a series of rather paranoid pieces smearing people he disagrees with as neo-Strasserist sleeper agents, provides an extreme but clear example of what Western governments and the corporate media have been doing, albeit on a much subtler level. Read the piece through if you can possibly stand it. You will be told how people like Michael Savage, Rania Khalek, Alex Jones, Breitbart’s entire UK office, Cenk Ugyur, Max Blumenthal, Caitlin Johnstone, Glenn Greenwald, The Nation‘s Stephen F. Cohen, Tucker Carlson, Vanessa Beeley (again), various British fascists, Jeremy Corbyn, and that modern-day Rasputin, Lyndon LaRouche, are all parts of the insidious Putin-Nazi plot to … well, I’m not sure, exactly, but I’m pretty sure it has something to do with killing Jews and gassing babies.

Would you like to be associated with people like that … Assad-loving, Putin-supporting Nazis? No? Then stop and think very carefully before sharing, “liking,” or commenting on this essay.

17 thoughts on “The League of Assad-Loving Conspiracy Theorists”

Please support CJ Hopkins‘ political satire and punditry via Patreon or PayPal, because we’re certainly not paying him to write this stuff.